The national strike on 5th December in France will impact several sectors of the economy. Public and private employees were called to stop working to demand reforms to the pension structure. The different unions that initiated this operation have already gathered several million employees: teachers, lawyers, doctors, garbage collectors, etc.

The transport sector will also be severely affected. While SNCF, RATP and other public transport authorities quickly announced their support, Air France has just announced its adhesion to the movement of 5 December. 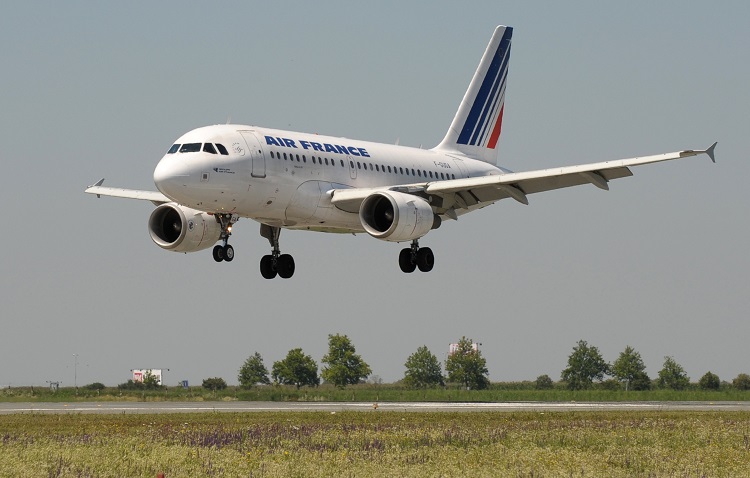 FO had already announced its support to the movement on November 6, 2019 in a press release: "Expression of the rejection of a new coup to its rights, SG FO Air France has the full support of FEETS FO".  Since then, eleven unions representing Air France ground staff have expressed their intention to participate in the initiative, a big strike that could affect both the days before and after.

SNCF, for example, is already planning to stop selling its train tickets this week in order to organise the distribution of affected passengers on almost empty trains. We advise all Air France passengers to consult the airline or airport of arrival/departure on the status of their flight on 5 December. If you have to travel to or from a French city, access to airports by public transport will also be very difficult.

To date, Air France plans to be able to operate:

- About 70% of domestic flights

Air France strike: am I entitled to compensation or a refund?

If your flight has been delayed or cancelled due to a strike, you are protected by Regulation (EC) No 261/2004. The French Civil Aviation Authority recognises staff strikes as not unusual circumstances and you are therefore entitled to compensation. You  may also be entitled to a refund of your airline ticket, that’s if you did not fly at all. In the event of a strike by the airline, you can ask for:

If you have been informed of the cancellation of your flight less than 14 days before your departure date, you also may be entitled to compensation. We invite you to check your flight for free using our compensation calculator to see if you can make a claim.

In addition to your compensation and refund, you also have the right to receive assistance from the airline

By assistance, we mean the care the airline must provide you if your flight has been cancelled, delayed or if you have been denied boarding and you must wait a considerable amount of time. So don't forget to ask the staff about your rights. These may include:

Air France staff strike: how do I get my compensation and refund?

If your flight is delayed or cancelled due to the Air France strike, you are entitled to compensation. This includes the remuneration, but also the refund in case of a cancellation. The amount of compensation is calculated on the basis of the distance between the departure and arrival airports and can be up to €600 per passenger.

In practice, airlines do everything they can to avoid paying compensation. They mention extraordinary circumstances or even offer vouchers for small amounts. The Flight-Delayed team, thanks to its experience and databases, can help you to assert your rights and obtain the compensation to which you are entitled.

At Flight-Delayed we specialise in claiming the compensation to which passengers are entitled in the event of delays and cancellations. If you have been delayed in the last 6 years, you can use our free flight checker to see if you are entitled to claim compensation. We also work on the principle that if we don't win, we don't charge, which means you only pay our 25% fee if we successfully claim your compensation. Best of all, our fee covers all possible costs associated with claiming your compensation. Even if we have to go to court for it. Check your flight to see if you are entitled and exercise your rights as a passenger.